What Is A Fire Alarm Detection System, And What Are Its Related Parts?

Home › Blog › security › What Is A Fire Alarm Detection System, And What Are Its Related Parts? 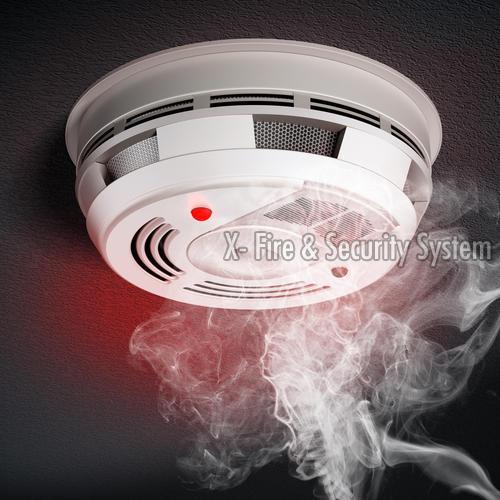 A Fire Alarm Detection System can be described as a combination of several devices that work in close collaboration to detect and warn the people through the medium of visual or audio appliances whenever it comes into contact with smoke, fire, carbon monoxide, and other such emergencies. These alarm systems usually get activated automatically with the help of the smoke and heat detectors. It can also be activated manually with the help of the manual fire alarm activating devices like the manual call points and pull stations.


These alarms can be of various kinds, either a motorized bell or a wall mounting sounder or horn. In some cases, there are also speaker strives which strictly follows the sound of the alarm and is usually followed by a voice evacuation message. The message is designed to warn the people who are present inside a building or said premises assisting them not to make use of elevators.


The fire alarm sounders can be set in different frequencies and tones, which include high, low and medium tones, depending entirely on the country and the manufacturer of the Fire Alarm


For instance, the fire alarm systems which are used in Europe sounds like a siren, which makes use of alternating frequency whereas in places like the USA and Canada, the fire alarm system sounds more like a horn with a continuous but varied set of codes. The devices sold by the Alarm Detection System Suppliers in Delhi can be set to different volume levels and tones which owns a proper evacuation message.


The fire alarm control panel or the control unit includes several components and a highly developed system. It consists of a hub of the entries system with monitors’ inputs having stable system integrity. It controls the entire system and determined the outputs along with relaying the information.

• Primary Power Supply: Coming to the element of power supply, it makes use of a non-switched 120 or 240 volt AC source. It is usually supplied from the commercial power utility source in the case of a residential property. In case of non-residential applications, like in factories and other such places, there is a separate branched circuit that is dedicated to rubber fire alarm systems and the constituents.

• Secondary Power Supply: This component usually consists of a sealed lead acid storage battery or generators that can provide back in case there primary power supply fails.

• The Devices for Initiating: There are a number of components that are used as the inputs to the fire alarm control units. They can be activated either automatically or manually. Some of the devices which are used in the alarm system include pull stations, heat detectors, duct detectors, and smoke detectors.

• Alarm Notification Device: This particular device makes use of the energy which is supplied from the fire alarm system of the other sites energy source. It sends signals in the form of evacuation message, stroking light, horns and sirens, etc.

This entry was posted on December, 19, 2019 at 13 : 24 pm and is filed under security. You can follow any responses to this entry through the RSS 2.0 feed. You can leave a response from your own site.